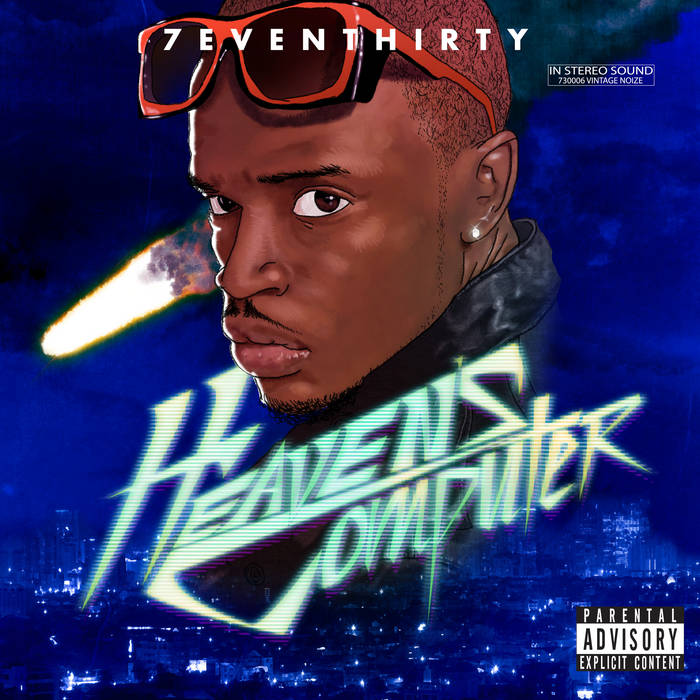 7evenThirty is bugged out, eccentric, crazy. After spending years cutting his teeth and finding his sound, the Jackson, Mississippi native is ready to shake up the earth, literally, with his Mello Music Group debut, Heaven's Computer. Not content with simply displaying his proficiency with the pen, 7evenThirty is looking to broaden your concept of what a hip-hop LP can be.

A concept album if there ever was one, Heaven's Computer finds 7even literally crash landing on this planet as Max Redrum, a being from a foreign world sent to scout the globe on an apocalyptic mission—and also happens to rap ferociously. Armed with a violent temper, a sharp wit and an artificially intelligent advisor by the name of Alfie, 7even's initial aim to ready the earth for obliteration gets detoured as he begins to learn about humanity and discovers some in himself. The story is backed by spacey, trunk-rattling funk courtesy of Sweden's Erik L, plus 7evenThirty's longtime friend and collaborator 5-D, as well as Mr. Slago. The sound is at times ominous ("Space Gangsta"), at times feel-good ("Get Up!!!"), but always uncompromisingly rooted in head-snapping boom-bap.

7evenThirty spent years developing the story to this concept, balancing narrative with musicality, character development with lyricism. The result is a Sci-Fi apocalyptic journey along the lines of Blade Runner meets Back To The Future. In the end it is an enticing story that is ultimately as human as it is otherworldly, you'll have to check out Heaven's Computer to hear the resolution to this interplanetary drama.